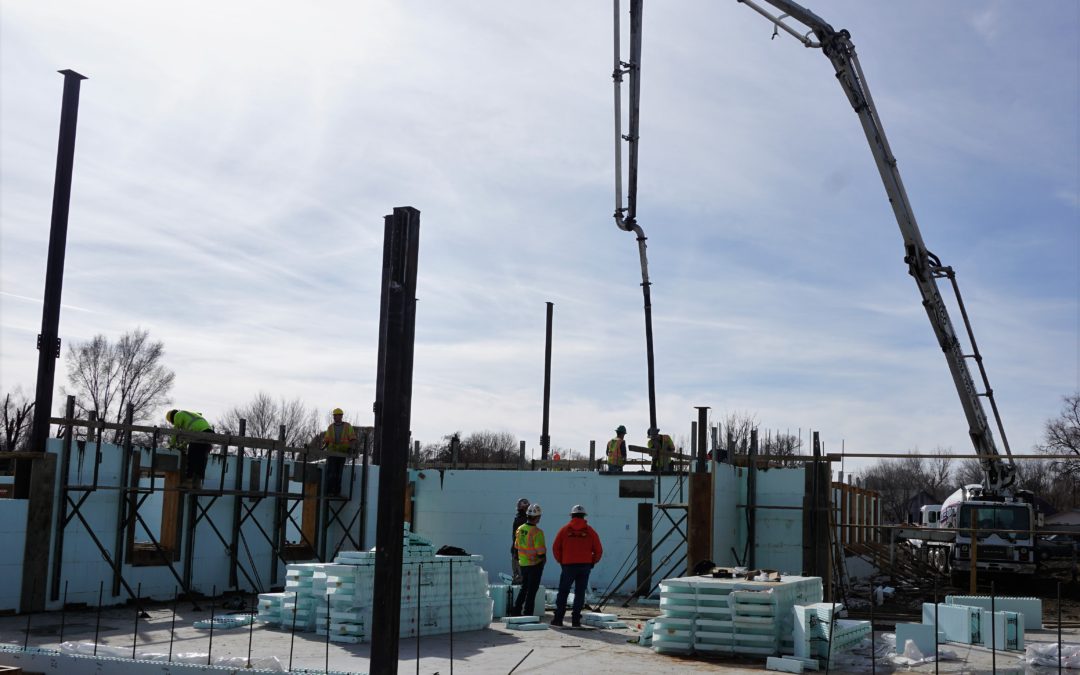 Here’s a history lesson and a construction update for you. Academics befit a school building project, so here goes. Ever wonder where the idiom “beyond the pale” came from? Or what it means for that matter? And (cough cough) what it has to do with construction?

According to the Oxford English Dictionary, the word pale is a Middle English word originating from the Latin word palus, or stake. Back in the day, Roman encampments set boundaries with pales, or staked fences. Whoever was within the boundary was protected, and whoever went beyond the pale was not.

Look carefully in the image above, and you’ll see pales: insulated concrete forms stake or fence the perimeter of the building. And on the right side of the picture you can see concrete being poured into those forms.

Those walls are going to be impenetrable. See where I’m going here? When school is in session, Delta Middle School students who are not beyond the pale will be safe and protected.

Today, beyond the pale is used in a figurative sense, meaning “beyond the bounds of civilized behavior” (“Beyond the pale”). So Delta Middle School students: we hope you don’t feel too walled in, but it’s KGCI’s recommendation that you don’t go beyond the pale — both figuratively and literally — at least during the school day.

And now we’ll leave you with a 360-degree image from the job site today.